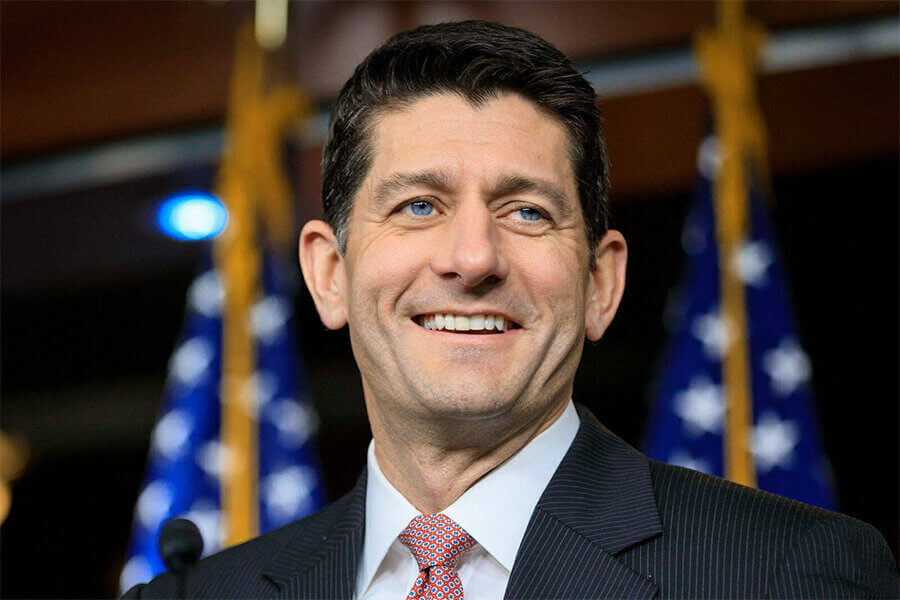 Former Speaker of the U.S. House of Representatives

Paul Ryan was the 54th Speaker of the U.S. House of Representatives. In office from October 2015 to January 2019, he was the youngest speaker in nearly 140 years.

During his tenure, Ryan spearheaded efforts to reform our nation’s tax code for the first time in a generation, rebuild our national defense, expand domestic energy production, combat the opioid epidemic, reform our criminal justice system, and promote economic opportunity.

Before becoming speaker, he was chairman of the House Ways and Means Committee. As chairman Ryan worked to simplify the tax code, protect health care choices, advance free trade, and strengthen the economy. Before that, he served as chairman of the House Budget Committee, where he outlined revolutionary blueprints to balance the federal budget and pay off the national debt. In 2012, Ryan was selected to serve as Governor Mitt Romney’s Vice Presidential nominee.

He currently resides near his childhood home in Janesville. He is a member of St. John Vianney’s Parish and a graduate of Joseph A. Craig High School. He holds a degree in economics and political science from Miami University in Ohio.