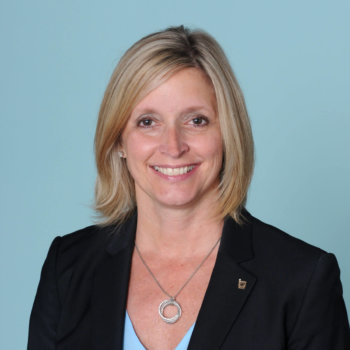 Lisa Badgley is a senior vice president of operations for Walgreen Co., the nationwide drugstore retailer based in Deerfield, Ill., and a division of Walgreens Boots Alliance.

Badgley is known as a strong retail leader that has led very large teams, run complex inter- division projects and driven operational excellence. In 30 years with Walgreens, she has held many operational leadership roles including store manager, district manager and regional vice president of operations, where she managed the southeast region and oversaw a successful field reorganization project. Badgley also served as corporate operations vice president, where she was responsible for the overall growth and development of 2,000 drugstores, health care points of care and personnel for the eastern operations division. She also served as vice president of pharmacy and retail operations, when she led integration planning for Walgreens and Rite Aid during the acquisition of 1,932 Rite Aid locations. Badgley was promoted to her current role in 2020. She is currently a member of Walgreens executive operating committee, the senior leadership team of advisors for the president of the company. She serves on the board of directors of the American Red Cross of Chicago and Northern Illinois, among other community involvement roles.