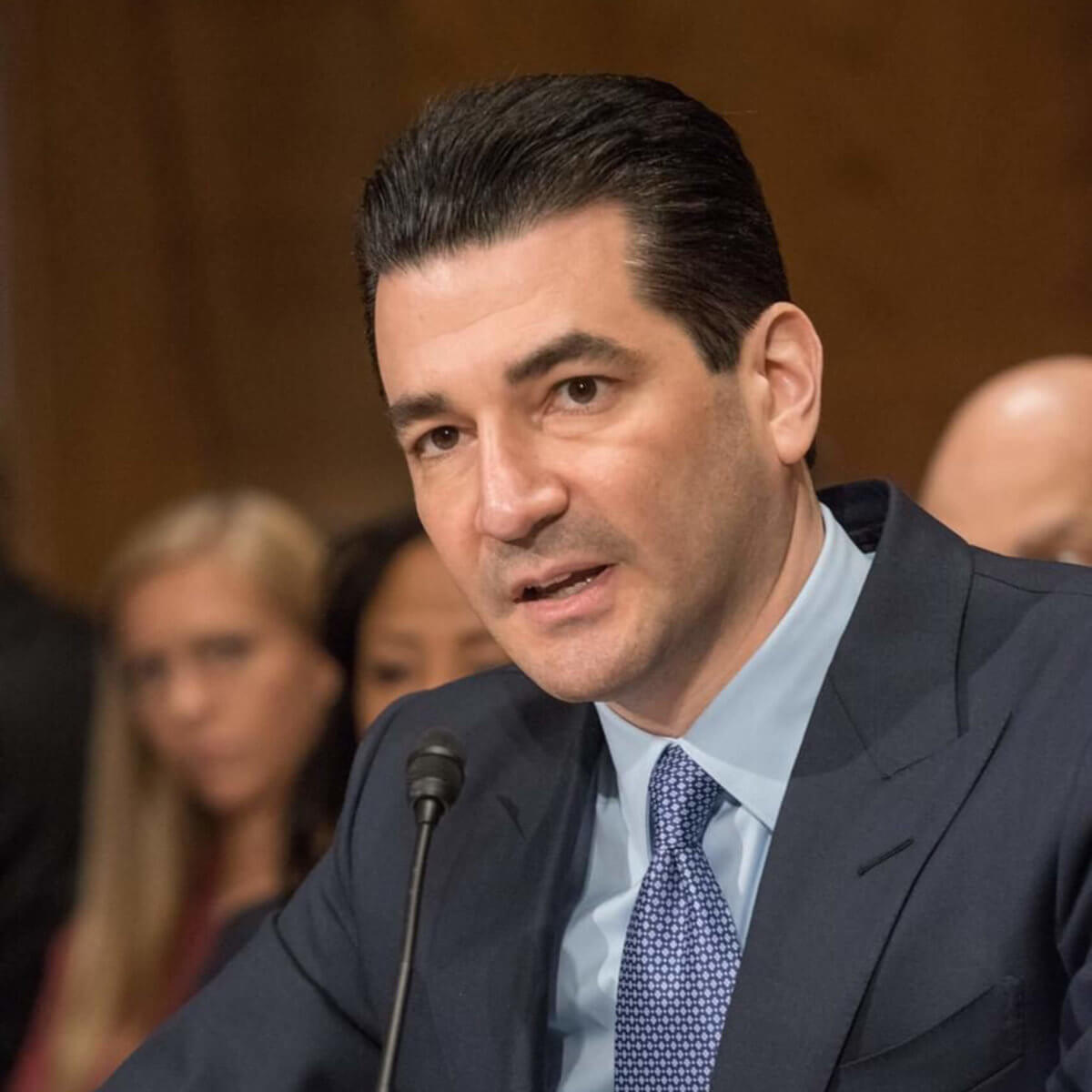 Scott Gottlieb is a physician and served as the 23rd Commissioner of the U.S. Food and Drug Administration. Dr. Gottlieb’s work focuses on advancing public health through developing and implementing innovative approaches to improving medical outcomes, reshaping healthcare delivery, and expanding consumer choice and safety. He is a resident fellow at the American Enterprise Institute and a partner at the venture capital firm New Enterprise Associates.

Dr. Gottlieb is an aggressive advocate for advancing the health of patients, promoting healthcare access, and driving innovation. The agency’s historic and prolific advances in new policy distinguished his tenure as the FDA’s commissioner, in addition to a record-setting number of approvals of novel drugs, medical devices, and generic medicines. Under his leadership, the FDA advanced new frameworks for the modern and safe and effective oversight of gene therapies, cell-based regenerative medicines, targeted drugs, and digital health devices. The FDA implemented new reforms to standardize drug reviews and make historic improvements of post-market data collection and the use of real-world evidence. They promoted policies to reduce death and disease from tobacco, improve food safety, and aggressively confront addiction crises.

Previously, Dr. Gottlieb served as the FDA’s Deputy Commissioner for Medical and Scientific Affairs and before that, as a Senior Adviser to the Administrator of the Centers for Medicare and Medicaid Services, where he helped advance policies to improve healthcare quality and promote the effective use of new medical technologies. Dr. Gottlieb is widely published in leading medical journals and periodicals, including The Wall Street Journal, The New York Times, and The Washington Post. He has held editorial positions on the British Medical Journal and the Journal of the American Medical Association and is a regular contributor to CNBC and Face the Nation. Fortune Magazine recognized him as one of the “World’s 50 Greatest Leaders” in 2018 and again in 2019. In 2018 and then again in 2019 Modern Healthcare named Dr. Gottlieb the “Most Influential Physician Executive and Leaders” in its annual survey of 50 physician executives, and Time magazine named him one of its “50 People Transforming Healthcare in 2018.” Dr. Gottlieb was a practicing hospitalist and he is an elected member of the National Academy of Medicine.