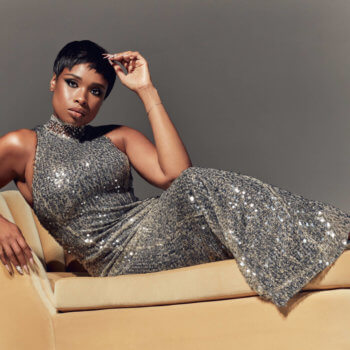 Grammy and Academy Award-winning Artist
Board of Directors Dinner & Entertainment

A two-time Grammy Award-winning recording artist, Academy Award-winning actress, Emmy Award-winning producer, and best-selling author, Jennifer Hudson is an extraordinary talent. From humble beginnings, Hudson began singing in a small Chicago church where, week after week, she brought the congregation to its feet. From there, she’s gone on to worldwide acclaim.

Hudson was most recently received critical acclaim for her performance as Aretha Franklin in the feature film, “Respect,” for which she received a Screen Actors Guild nomination. Hudson was handpicked by Franklin to play the role, and also served as executive producer of the film. “Respect” was written by Tracey Scott Wilson and also stars Forest Whitaker, Marlon Wayans, Audra McDonald, and Mary J. Blige. Previously, she was seen in the Anthony Mandler film, “Monster” on Netflix alongside Kelvin Harrison Jr., Jeffrey Wright, and A$AP Rocky. Hudson also earned an Emmy Award for her role as executive producer of the short VR film, “Baba Yaga,” which had its world premiere at the 2020 Venice Film Festival. In this modern adaptation of a classic fairytale, Hudson also voices the role of the Forest, alongside Kate Winslet, Glenn Close, and Daisy Ridley. Hudson is also attached to executive produce and star in an untitled Christmas musical comedy at New Line. The film will include both new and classic Christmas songs. She will produce alongside Jonathan Glickman, with whom she also produced “Respect”.

In 2019, Hudson starred as Grizabella in Tom Hooper’s film adaptation of “Cats.” That year, Hudson’s song, “I’ll Fight,” written by Grammy-winning songwriter Diane Warren for the critically acclaimed documentary, “RBG,” was nominated for a 2019 Academy Award. Hudson made her Broadway debut as Shug Avery in 2015 in the Tony award-winning production of John Doyle’s re-imagination of “The Color Purple.” The show, produced by Scott Sanders and Oprah Winfrey, earned rave reviews and a Grammy win for Hudson. She was also nominated for a Drama League Award in the category of Distinguished Performance. In 2016, Hudson was a featured voice in Universal’s animated hit “Sing” and portrayed Angela Wright in HBO’s 2016 Emmy-nominated television film “Confirmation.” In 2015, she appeared in Spike Lee’s “Chi-Raq,” for which she was nominated for a 2016 NAACP Image Award
.
In 2007, Hudson won an Academy Award for her role as “Effie” in the smash hit “Dreamgirls,” an adaptation of the Broadway musical. Her breakout film performance also garnered a Golden Globe Award, a Screen Actors Guild Award, a BAFTA and an NAACP Image Award. Additional credits include being honored by the Broadcast Film Critics Association, the National Board of Review and being named “Entertainer of the Year” at the Soul Train Awards.

Hudson has had a prominent television career as well. In 2019, Hudson performed the theme song, “Movin On Up,” in ABC’s Emmy Award-winning television special, “Live in Front of a Studio Audience: Norman Lear’s ‘All in the Family’ and ‘The Jeffersons.’” In 2018, she returned for her second time to NBC’s Emmy-winning series, “The Voice,” and in 2019, she returned for her third time and as a winning coach to Season 8 of ITV’s “The Voice UK.” In 2016, Hudson appeared in NBC’s Emmy-nominated production of “Hairspray LIVE!”, where she wowed audiences as powerhouse Motormouth Maybelle alongside co-stars Harvey Fierstein, Ariana Grande, and Kristin Chenoweth. The same year, she was honored by the March of Dimes with their Grace Kelly Award.

Additional film and television credits include “The Secret Life of Bees”, “Sex and the City: The Movie”, “Lullaby”, “Black Nativity”, “Winnie Mandela”, “The Inevitable Defeat of Mister and Pete”, “The Three Stooges”, “Call Me Crazy: A Five Film”, “Smash”, and “Empire.”

In September of 2014, Hudson released her third critically acclaimed album, “JHUD,” which opened in the Billboard Top 10. The album, released by Sony/RCA, features hit tracks such as Grammy-nominated “It’s Your World,” “Walk It Out,” and “I Still Love You.” Hudson’s album garnered serious attention in the US and abroad with recognition of her thoughtful departure and a fearless rendering of work produced by some of today’s most prolific collaborators.

In 2013, Hudson received a star on the Hollywood Walk of Fame. The same year, she was also honored with the privilege to perform at President Obama’s Inauguration, the Super Bowl XLVII, and the Academy Awards. In addition, Hudson was also honored by the Recording Academy at the Annual Grammy’s on the Hill for her philanthropic efforts, specifically with her organization, the Julian D. King Gift Foundation. Hudson was honored at VH1’s Do Something Awards for her charitable work and at Variety’s Power of Women luncheon with the Samsung Galaxy Impact Award.

Hudson’s sophomore album, “I Remember Me,” debuted in March 2011 at No. 2 on Billboard’s Top 200 and R&B Albums charts and has since been certified RIAA Gold in the U.S. She went on to receive a 2012 Billboard Music Award nomination for Top R&B Album as well as taking home two 2012 NAACP Image Awards for Outstanding Music Video and Outstanding Album. The same year, she also collaborated with Ne-Yo and Rick Ross for “Think Like A Man,” the title track of the film, and sang the critically acclaimed single “Night Of Your Life” with David Guetta for his hit-album “Nothing But The Beat.”

Hudson’s 2008 self-titled debut won a Grammy Award for “Best R & B Album,” which was presented by one of Hudson’s idols, Whitney Houston. She received three additional nominations including “Best Female R&B Vocal Performance,” “Best R&B Performance by a Duo or Group with Vocals” and “Best R&B Song.” The album then went on to win three awards at the 2009 NAACP Image Awards including “Best Album.” The RIAA Platinum Certified album entered Billboard’s Top 200 at No. 2 and marked the biggest first week sales for an R&B female entry since 2004 and has since sold over 1.1 million albums worldwide to date.

Expanding her talents in the arts, Hudson added author to her list of accomplishments in 2012 with the release her New York Times best-selling memoir, “I Got This: How I Changed My Ways, Found Myself and Lost Everything that Weighed Me Down”.

In 2009, Jennifer, along with her sister Julia, founded The Julian D. King Gift Foundation, as a catalyst for change in children’s health, education and welfare. The Foundation exists to provide stability, support and positive experiences for children of all backgrounds so that they will become productive, confident and happy adults.