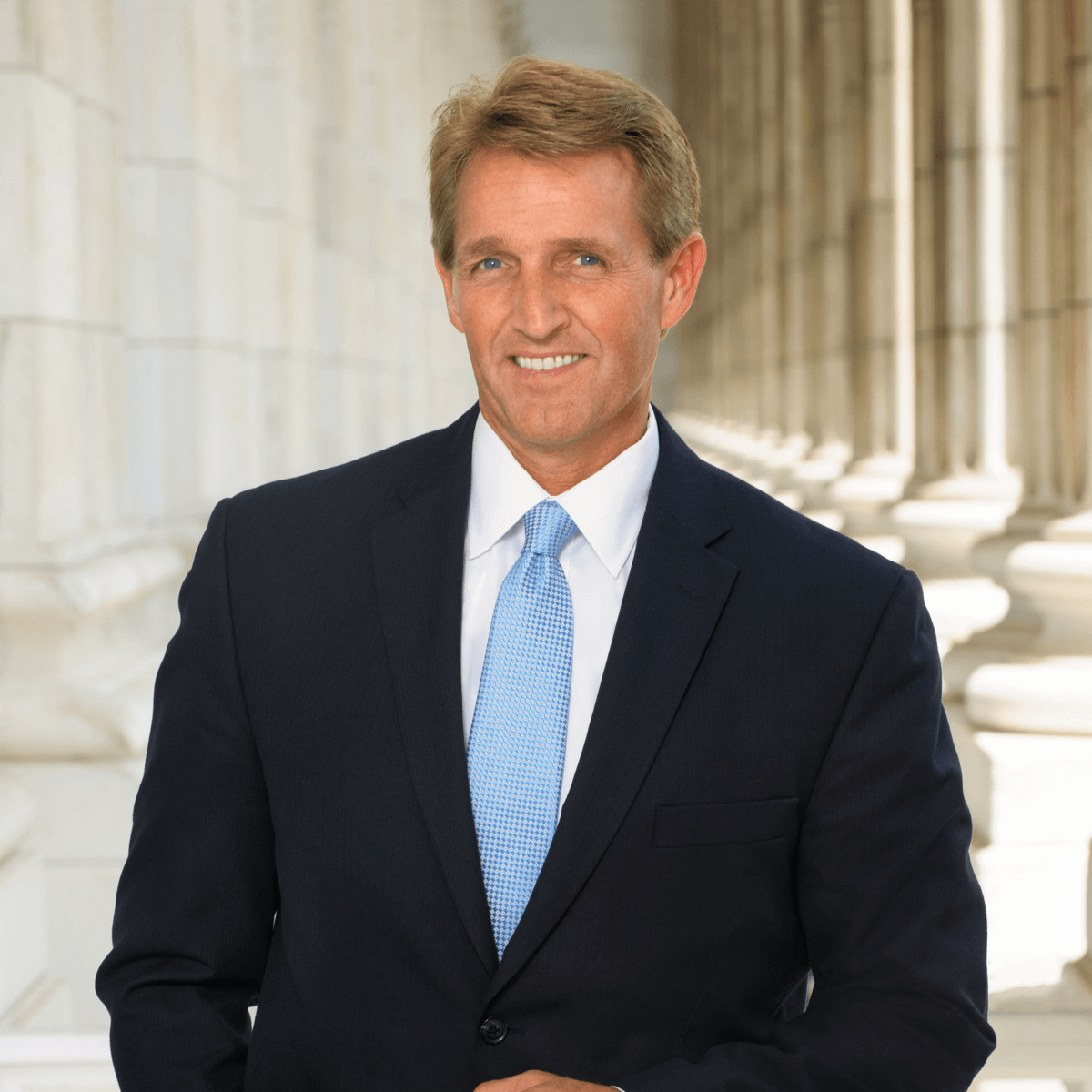 Jeff Flake, former Senator of Arizona, is a fifth-generation Arizonan who was raised on a cattle ranch in Snowflake, Arizona. Snowflake was named in part for Senator Flake’s great-great-grandfather. Flake was first elected to Congress in 2000 and served six terms in the U.S. House of Representatives prior to his election to the U.S. Senate in 2012. On January 29, the Senator announced that he will not be running for president in 2020, but instead will be joining CBS News as a contributor.

A straight-talker, Sen. Flake confidently spoke out on issues – regardless of party lines. The author of the bestseller Conscience of a Conservative, Sen. Flake has been heralded as an “ideal public servant” in The New York Times, and as a “taxpayer superhero” by the American Conservative Union. He ardently advocated for comprehensive immigration reform and for a traditional conservative approach to spending, including opposition to earmarks. On healthcare issues, Sen. Flake supported a free-market approach focused on lowering costs, encouraging innovation, and enabling individuals to make their own healthcare decisions – with the goal of broadening access to affordable health care. He voted in favor of the SUPPORT for Patients and Communities Act (H.R. 6) – which includes key aspects of NACDS’ recommendations to help address opioid abuse. In the Senate, he served on the Judiciary Committee, the Energy and Natural Resources Committee and the Foreign Relations Committee, and chaired multiple subcommittees.